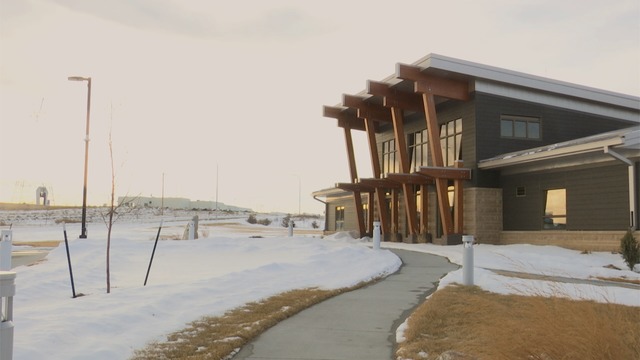 Until September 2018, Three Affiliated Tribes has been sending members all the way to Arizona to get proper drug and alcohol addiction treatment.

The over 20-million dollar facility was funded entirely by the Three Affiliated Tribes to offer in- and out-patient services for tribal members like they’ve never had before.

MHA Nation Chairman Mark Fox shares, “When I became Chairman, there was a heavy demand from people, saying ‘We have all these drug problems. What are you going to do about it?”

Chairman Fox says they learned a lot from the work done in Arizona, and started the work on building their own facility.

He explains, “When you’re suffering from addiction, it’s like you’re in a well and you can’t get out of it. There’s nothing else but darkness and going down.”

They decided to place Good Road Recovery in Bismarck to give people distance from their current environment, and because the city has access to accompanying services.

Chairman Fox adds, “Some of our people are going to need medical services.”

Ty Thompson is the Executive Director for the treatment center, but he also serves as one of about five addiction counselors.

He says it’s important to have counselors of all backgrounds and ages.

Thompson adds, “And when I truly understood that addiction was a disease and it wasn’t someone’s choice to get into the criminal justice system or any of that, that it’s truly a disease; and that it’s a societal disease, a biological disease, psychological, it’s all of this; I just kind of felt there was a calling to jump in there and be a voice.”

Right now Good Road Recovery can house up to 16 patients, but they plan to grow.

Thompson shared with us, they welcomed in another five members just this morning.

Chairman Fox says they’re not stopping here. There’s much more expansion to come in the next few years, including a wellness center, trails, gardens and sobriety living apartments, to help their members keep on the ‘good road’.