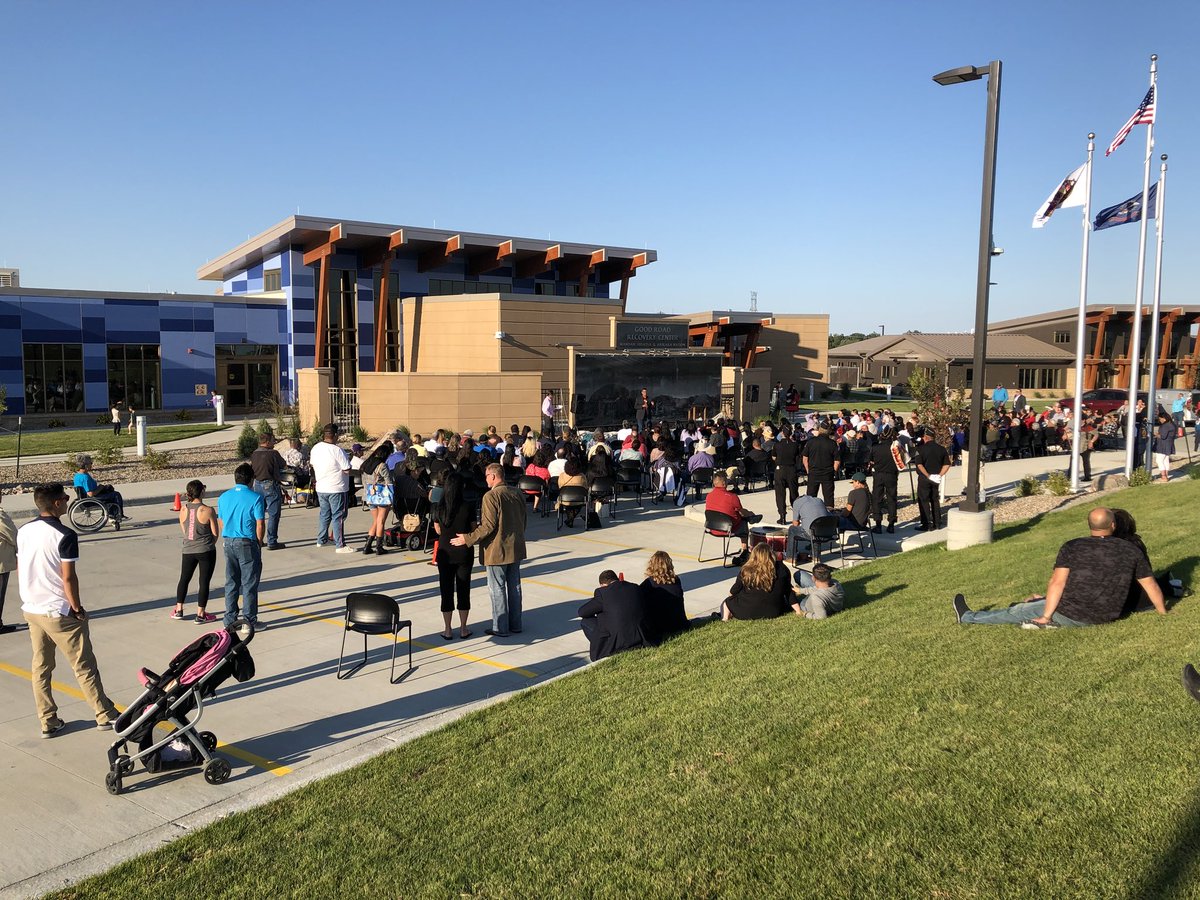 Over the past three years, Three Affiliated Tribes has been sending tribal members out of state for drug and alcohol addiction treatment, according to Tribal Chairman Mark Fox.

On average, three to four tribal members each week are being sent to these facilities, he said. Now, service are available in north Bismarck. On Wednesday, the tribe held a grand opening ceremony for its new Good Road Recovery Center, an in-patient drug and alcohol treatment center.

The 20,114-square-foot facility features five buildings, including an administration center with group therapy rooms and cafeteria, as well as two separate male and female residential cottages.

The tribe invested $25 million in the center, which will house as many as 16 tribal members at a time. The facility includes individual sleeping units, as well as larger rooms where single parents can bring children. The length of stay will vary for each patient, according to Tillie Little Soldier, project manager for the tribe’s satellite office.

Fox said there 40 staff members will be available at the facility, including licensed addiction counselors. The tribe decided to build the facility in Bismarck so there would be access to health care services and to take tribal members “out of the environment.”

In attendance at the opening ceremony on Wednesday were Bismarck lawmakers, including Mayor Steve Bakken, as well as state officials, including Scott Davis, executive director of the North Dakota Indian Affairs Commission, and Lt. Gov. Brent Sanford, who commended the tribe on the project.

“At the state level, we recognize moving funding upstream to treatment can save taxpayers a lot of money in the long run,” Sanford said.

In the past, Fox said the tribe has sent its members to a treatment facility in Phoenix, Ariz., called Native American Connections. In constructing a treatment center, tribal officials visited the Arizona center to learn from its successes in getting and keeping patients sober.

“Because we learned by watching other tribes and what they’re doing … the success rates of maintaining sobriety are going to be a lot higher, because we recognize one thing: Treatment is a component,” Fox said.

The tribe  aims to expand its treatment center and build other structures, including sober living apartments and a sweat lodge.

The Good Road Recovery Center is designed for expansion, with an additional 11 acres of land and a long-term goal of being able to help other tribal members and, eventually, the general population.

“With the assistance from the state government, in time, our hope is to expand our services so we’re treating more people,” Fox said at the ceremony.

One day, Fox said he hopes the center can treatment 50 patients at once, including more parents and children.